Home > News > Do You Know The History Of The Lotion Pump?

Do You Know The History Of The Lotion Pump? 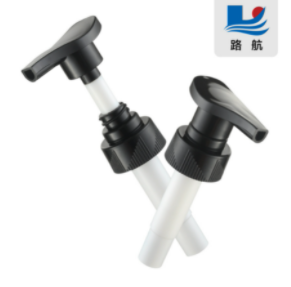 The lotion pump is a mechanical device that releases the contents in a predetermined form by pressing a vacuum and has sealing properties. After decades of development, lotion pumps have penetrated into all aspects of everyday life. And they have become much more functional, attractive, and practical.

The former life of the lotion pump

There are historical records that can be found in China as far back as 500 years ago, in the 14th year of the Ming dynasty (1449 AD), this type of dispenser was already in common use, when it was called "water dragon". The "water dragon" was the old common name for a fire extinguisher: it consisted of a wooden barrel about 0.8 meters high and wide and 1 meter long, with a number of sub-buckets, with water belts, lance heads, and other facilities. A well-shaped wooden pad is installed at the bottom of the barrel to facilitate the steady placement of the water hose. In a large wooden barrel and put on two copper casting kippers, kipper in a piston can be pumped up and down, set into the water and out of the valve, the piston, and the above lever connection, press the lever, the water can be sprayed out. The two walls on the left and right of the barrel are each fitted with a movable iron ring handle to facilitate the rescue of the water when two people lift the hose, the other two with a hand holding the handle to assist, in order to reduce the weight of the person carrying the hose, to speed up the speed of the rush, to save the water time.

The development history of the lotion pump

The contrast between the recent history of Chinese and foreign development is also reflected in the development of the dispenser. Industrialized production and consumer demand brought about a boom in the dispenser sector in Europe and the USA. One of the first to emerge was the valve.

The concept of the aerosol valve was born in 1790 with the introduction of a pressurised carbonated beverage in France.

In 1837, an inventor called Perpignan invented an aerosol bottle with soda water.

In 1899, inventors Helbling and Pertsch applied for the first-ever patent for an aerosol can with methyl and ethyl chloride as propellants.

In 1930, cosmetic giant L'Oreal of France invented Lotion (lotion). But that was before lotion pumps were such a convenient device to use, and it was common to use lids (milliput lids, butterfly lids, even aluminum cans). To this day, a significant part of the market in Europe and the USA still uses lids for shampoos and shower gels in large packages. The reasons for this are first, traditional use habits and secondly, environmental protection.

In 1966, a Grade 8 student in a national secondary school in Quebec, Canada, invented our original lotion pump during a science lab session, using a biro and a tube. A major hand sanitizer company at the time used this design to develop a lotion pump head that could be mass-produced (and in deference, not patented), the prototype of the pump head structure we commonly see today.

In 1996, after a company in Europe and the US had problems with water ingress due to a design flaw in a lotion pump head used for baby products, which constituted a lawsuit, three companies around the world set about inventing the trend-setting anti-feed pump head that had been around for decades. The lotion pump head entered a new era.

In 2013, a domestic Chinese manufacturer responded to new market demand from Unilever, the daily chemical giant, by launching the world's first lotion pump specifically for use in the e-commerce channel.

We are a lotion pump supplier, please feel free to contact us if you need them.