Home > News > How Does a Spray Bottle Work?

How Does a Spray Bottle Work? 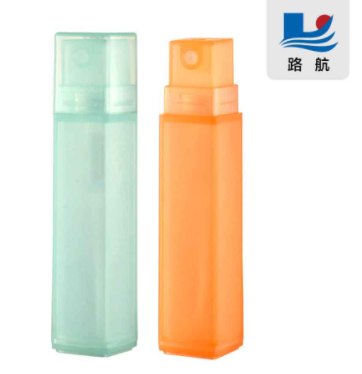 Many people use spray bottles every day for everything from cleaning to personal grooming, but not many know how they work. A spray bottle is designed to pull liquid from the bottle using a one-way valve.

How does a sprayer allow liquid to flow in only one direction from the reservoir to the nozzle?  It does so with simple check valves made of two pieces of plastic, a spring, and a small sphere. The pump, powered by a trigger, forces the liquid through a nozzle that breaks up the flow of the liquid, turning it into a fine mist or stream.

Parts of a spray bottle

The bottle is the reservoir from which the pump pulls liquid when the user presses the trigger on the spray bottle. The liquid moves from the bottle up the tube. The tube and reservoir are similar in spray bottles and other kinds of pumps, such as pumps on soap dispensers. For thin liquids such as cleaning products, a thinner tube can work, but for thicker liquids such as hand soap, a thicker tube is necessary to pull liquid.

The pump is the main working part of a spray bottle. The pump consists of the trigger mechanism, a piston, a cylinder and a one-way valve. When the user presses the trigger, it forces the piston into the cylinder, which forces the liquid through the nozzle as a concentrated stream of liquid. When the trigger is released, the piston moves back, pulling liquid back into the cylinder. This liquid is forced out of the nozzle the next time the trigger is pressed. A one-way valve at the bottom of the pump only allows liquid to flow up the tube into the pump, not back into the bottle.

The nozzle of the spray bottle concentrates the liquid into a stream by forcing it through a very small hole. Spray bottle nozzles also have a one-way valve in them that keeps air from flowing back into the pump and allows for suction within the pump so that liquid can be pulled up the tube. Without this valve, the pump would suck air back into the cylinder, instead of liquid up from the bottle.

Some nozzles have a built in screen with lots of tiny holes that make the liquid emerge as a mist, and some can screw down to lock the bottle and prevent fluid from escaping. The tube on some spray bottles also has a wider part at the bottom to allow for easier uptake of the fluid. Sometimes, this wider tube end has a screen over it so that solid matter doesn't get sucked into the tube. 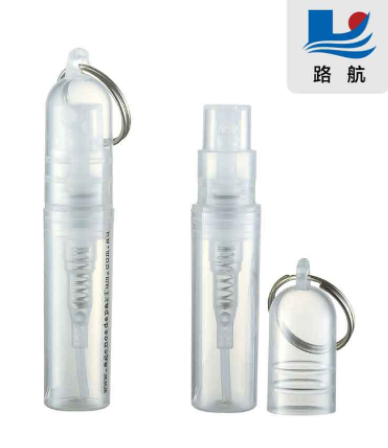 What is the one-way flow?

It's often useful to restrict flow to only one direction. One simple use case is in a spray bottle. Let's think of a simplified sprayer with three main components: the reservoir where we store the fluid, the staging area for the fluid that's about to be sprayed, and the nozzle that connects it to the space outside where we'll dispense our fluid. We want to take fluid from the reservoir, put it in the staging area, and dispense it to the outside.

Fluid sounds like a technical term, but it's an important one in this context. Fluid refers to anything that flows, meaning its particles aren't fixed. This means that both gases and liquids are fluids. We want to pay attention to particles that can move, as they're the ones that move and push around on their own.

Why does this work？

There are two important things happening here. First, as the plunger applies pressure to the fluid, it must move only through the nozzle to the exterior. If the fluid only went back to the reservoir, we would have a simple machine that draws water from its reservoir and pushes it back in. Not very helpful.

Also, when the trigger is drawn back out, it must refill the staging area from the reservoir, not from any fluid from the outside. In the case of a water sprayer, the outside fluid is air. If it refilled the staging area with air, attempting to spray would just shoot the air back out of the nozzle. This would also be a simple machine that just sprayed a small amount of air. Again, not very helpful.

We are a micro sprayer supplier, please contact us if you need them!