Home > News > How are Plastic Bottle Caps Made?

How are Plastic Bottle Caps Made? 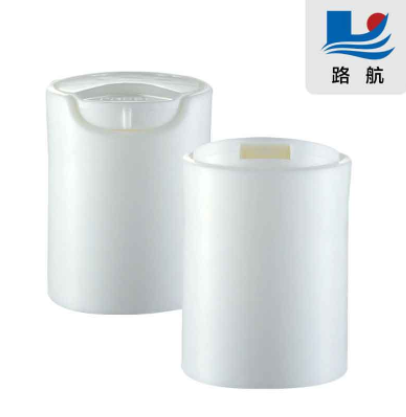 Everyday, around the world, individuals interact with millions of bottle caps. Some are on child-proof pharmaceutical bottles that contain life-saving medications, while others are on bottles of water needed to quench someone's thirst. Each one of those bottle caps had to be made somewhere — and a surprising amount of effort goes into their manufacturing.

Anatomy of a Bottle Cap

Bottle caps can be officially defined as a closure device whose purpose is to ensure that the contents of a container stay within that container until they are ready to be used. The exterior of the cap is usually textured rather than smooth to make it easier to open and typically have a lip at the bottom of the cap. It is not uncommon for there to be some type of embossing to be present on top of the cap, usually providing directions as to how to open the bottle (in the case of medicinal bottles) or in the form of a company logo.

Plastic bottle caps such as those we find on water bottles or medication bottles usually have an internal thread manufactured to match the external thread on the container's neck to keep the cap in place. The threading inside the lid is specified in terms of tpi, or threads per inch, and the number of threads used depends on how secure the cap needs to be. In addition, there are standard threads, skirt sizes, and cap sizes that are in use that make it easier to match caps to bottles.

The vast majority of plastic bottle caps are made from recyclable plastics, with four of the most common being:

However, other plastics may be used. Because of the wide use of bottle caps, using recyclable materials is the responsible thing to do. The material chosen for the bottle cap must take into account characteristics such as how long it will be used (e.g., a bottle cap for a disposable water bottle will not need to be as rugged as one for a prescription bottle intended to last for a month or longer), what type of media is involved (liquid, powder), and similar considerations. Also note that all materials used for bottle caps that will come into contact with pharmaceuticals, food, or drink will need to be food grade polymers.

Most plastic bottle caps are manufactured through a process known as injection moulding. In this process, thermoplastic polymer pellets are heated in a metal hopper to the point that they become very soft and flexible. (It would be at this stage that any custom colouring would already be added). The softened plastic is then injected under very controlled, high pressure into a complex, detailed steel mould. The mould forms the softened polymer into the desired shape for the bottle caps. Once the polymer material has cooled enough to harden, the mould is opened and the bottle caps are ejected. If several caps are being made from a single mould (as is often the case), they will be carefully separated from each other and prepare for further processing (e.g., wadding, sealing).

Injection moulding is the most common manufacturing method for bottle caps for several very good reasons. For example, injection moulding is extremely cost efficient for large production runs. It also exhibits high repeatability, which means there will be virtually no variation in dimension, shape, or surface finish from cap to cap or even batch to batch.

Injection moulded parts can also meet extremely tight tolerances, which can be very important when threading is involved. The moulds used support high levels of detail and make it easy for high quality embossing to be added (which will be discussed further on in a separate section).

The moulds themselves are most often painstakingly machined from durable stainless steel and used thousands of times in a single production run. As can be seen in the figure above, each mould is designed to make multiple bottle caps (8 caps for this mould) each time they are used. Their design involves far more than just the geometry needed to achieve the final shape of the bottle cap. Not only must they be clamped together securely enough to withstand thousands of pascals of pressure during processing, but they have to eject the parts without damaging or leaving imprints on them when the moulding cycling is complete.

Injection moulds are made to very exacting dimensions and have as close to a perfect surface finish as it is possible to achieve, which requires great skill on the part of the tool and die makers who fabricate them. In the case of bottle caps, the moulds themselves contain the inverse shape of the bottle cap, including the threads and whatever will be embossed on the top and/or sides of the cap. It is important that these design details remain dimensionally stable as the part cools in the mould, and the mould must be designed so that the part cools evenly within the mould to avoid distortion of the final shape.

Most of the cost that goes into making bottle caps is invested in the moulds that are used, which is why injection moulding is often used with larger production runs. Moulds are costly for bottle caps because of the complexity involved in achieving the internal thread, which are considered undercut parts and involve special mould design considerations and tooling so that the parts can be removed after cooling without damage. However, when a manufacturing company has already invested in high quality, complex moulds for standard bottle cap sizes and threading, certain minimum quantities can be manufactured. 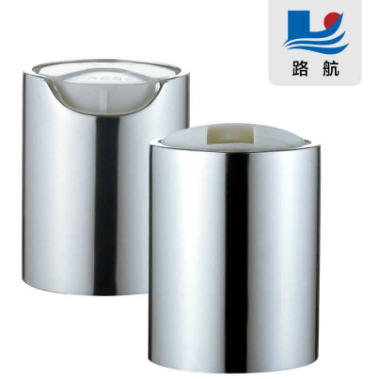 A permanently embossed message, company logo, slogan, address, or warning — or any combination of these — can easily be added to the top of a hard plastic bottle cap. In fact, this option can actually eliminate the need for a label and can include cross advertising or product warnings.

Highly detailed embossed plastic bottle caps that include a company logo and message.

Embossing also serves as a great way to attract the attention of customers or users who might tend to overlook a label but cannot overlook the lid while they are opening the bottle, especially when embossing is combined with custom colours. In addition, embossing lasts long after a label wears off or is inadvertently removed. Because of how easy it is to include embossing in the bottle cap manufacturing process, there is typically no additional cost.

The lining material between the bottle cap and the contains of the container is called a wad and can serve different purposes. It can serve as a seal to protect the integrity of the contents, protecting them from moisture or oxygen. It may be intended to serve as an additional measure to ensure that the contents stay within the container. Or a wad can make it obvious if someone has tampered with the contents — and in the case of a product such as medication, evidence of tampering could prevent someone from ingesting something that could make them sick or perhaps poison them. Beyond selecting a wad based on the purpose it must serve, it is also key to keep in mind that the wad material facing the container must be chemically compatible with the contents of the container.

You have likely encountered polycell wadded caps that have a spongy pad, which is referred to as the polycell wad, tucked into the top of the cap. Foil wads, or laminated wads, are polycell wads that have a layer of foil added to protect the polywad from any chemicals in the bottle and support chemical compatibility.

Heat induction wads include a layer of foil with wax-like substance with an extremely low melting point on the side toward the container and its contents. This type of wad can provide an incredible seal against moisture and oxygen and make it very obvious if someone has attempted to tamper with the contents. Heat induction wads do require special equipment to apply and will be discussed in the next section.

Note that the standard wad sizes available are typically 24mm, 28mm and 38mm. Wadding refers to the process of installing the lining material inside the top of a bottle cap and the actual wadding process is fully automated by state-of-the-art machinery that combines machine vision robotics to ensure each cap has been properly and consistently processed.

When there is a reference to bottle cap sealing, it usually refers to sealing of heat induction wads. Before the process begins, the bottle cap is attached to the container at a specific torque.  Next, the container and cap are passed beneath an oscillating electromagnetic field. When that electromagnetic field travels through the air and encounters the metal surface of the foil, a high oscillating electrical current is induced in the foil. That induced electrical current generates sufficient heat in the foil to melt the wax-like substance.

The entire sealing process is achieved without the need for anything to touch either the bottle or the cap except for moving them beneath the electromagnetic field. Only the metal foil is heated, and then only enough to melt the wax-like substance, so the contents within the container (and the container/cap itself) remain completely unchanged and unaffected during the process.

This process, often referred to as induction sealing, causes the wad to securely adhere to the top of the container once the wax-like substance cools. This creates a powerful barrier to both moisture and oxygen that works well for products in powder or liquid form.

There is an amazing amount of detail just in the design of a bottle cap, with the threading, dimensions, and choice of wadding and embossing. Once the recyclable plastic and custom colour has been selected, it is injection moulded under extremely high pressure to produce a high quality bottle cap from a complex mould. From there wadding and bottle cap sealing takes place. This amazing process produces high quality, rugged bottle caps for everything from medication to food.

We are a plastic bottle caps supplier. Please feel free to contact us if you need them!